Beer or spirits; which is the healthiest? 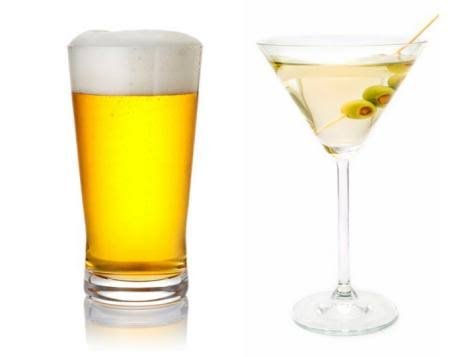 Beer or spirits; which is the healthiest?

When it comes to alcoholic drinks, two of the most popular are beer or spirits, but which is the healthiest.

Spirits are often called liquor or hard liquors and include brands like Brandy, Vodka, Gin, Rum, and Tequila.

Beer is also a very common alcoholic drink made from fermented barley.

Depending on people’s tastes, some people like spirits while others prefer beer. But when it comes to health concerns which should you be taking more?

Typically, a pint of beer would have about 5% alcohol, while spirits have about 35%-40% alcohol by volume.

With either one of these drinks, moderation is important not only to prevent future illnesses but to deter you from making risky life choices when drunk. Moderate drinking of alcohol should be one or two cups a day.

Beer, however, possesses some compounds and ingredients that make it healthy. Beer contains antioxidants known as phenolic compounds which helps to fight cancer.

Spirits, on the other hand, tend to have fewer carbohydrates, so if you are diabetic and looking to reduce your blood sugar, then spirits are helpful.

If you have pre-existing health conditions like liver or pancreatic disease or there is a history of alcoholism in your family, or you are pregnancy you should stay clear of drinking alcohol.

When it comes to drinking either of these drinks, your taste buds would determine which you would choose.

Spirit typically have this tangy taste and, it might seem like it burns. Most people reduce this by either taking shots or using it in cocktails.

However, no one should start drinking alcohol in excess because of its potential health benefits. Alcohol does more harm than good.